Great Opportunity to Meet with the Golden Partner.

Great Opportunity to Meet with the Golden Partner.

Aicon news comes every week !
Printing consumables industry is a very strict industry, being a reliable partner to your customers,
you need to have strong R&D, advanced equipments, skillful and experienced sales and production team,
good management, and the most important, everyone in the team has the same goal – string for perfection.

Canon Inc. announced its financial results for the second quarter of 2015 (2Q 2015).
Net sales of JPY ¥974.4 billion（USD $7.9 billion）shows an increase of 5.1%, compared to the same period last year, while net sales for the six months ending on June 30, 2015 totaled JPY¥1,831.9 billion（USD &14.8 billion）, a year-on-year increase of 2.0%.Gross profit, which represented 51.7% of sales, increased 4.2% year-to-year (YTY) to JPY ¥503.8 billion（USD $4.1 billion）. The gross profit ratio remained at a high level due to highly profitable new products and ongoing cost-cutting activities. Operating profit declined by 5.3% YTY to JPY ¥104.7 billion（USD $847.6 million）, as operating expenses increased 7.0% year on year to JPY ¥399.1 billion（USD $3.2billion）. In the second quarter, Net income was JPY ¥68.2 billion (USD $552 million), down 15.7% compared to the same period last year.
Other income (deductions) saw a decline of JPY ¥7.9 billion (USD $64 million), resulting in a year-on-year decline in income before income taxes of 11.7% to JPY ¥103.2 billion (USD $835 million) and a decrease in net income attributable to Canon Inc. of 15.7% to ¥68.2 billion (USD $552 million). Operating profit for the first half of the year decreased by 11.5% to ¥170.9 billion (USD $1.4 billion) while income before income tax decreased by 16.1% to ¥164.5 billion (USD $1.3 billion) whilst first-half net income attributable to Canon Inc. decreased by 20.5% to ¥102.1 billion(USD $827 million).
Results regarding market segments indicated that office multifunction devices (MFDs) and laser printers continued to show strong demand, particularly for color models. Despite the steadily growing demand for color models, total sales volume for laser printer decreased due to weak sales of monochrome models. As a result, sales for Office business unit totaled JPY ¥537.0 billion (USD $4.3 million), up 2.8% year-on-year, while operating profit for the unit declined of 9.9% to JPY ¥79.4 billion (USD $643 million), due to the increase in R&D and other expenses.
Forecasts for the third quarter indicates that demand for MFDs (color models in particular) and color multifunction models in the laser printer market continue to expand. Considering the weak market conditions in Southeast Asia countries, inkjet printers, as indicated, will see a year-on-year decline in sales.
Source: www.canon.com/ir/finance/earnings/
发帖者 Unknown 时间： 00:06 没有评论:
通过电子邮件发送BlogThis!共享给 Twitter共享给 Facebook分享到Pinterest
标签： Industry News

3:By Scanning and you know know more about IAICON brand world wide

4:With Tamper label, with gurantee

5:With operation instruction, to assure proper use.

A customer named Anne Wolf has sued Hewlett Packard as its printers don't operate as advertised, according to legalnewsline.com.
Wolf accordingly filed the lawsuit in the U.S. District Court for the Central District of California on June 22. The plaintiff tried to prevent HP from advertising that its printers have a “HP Smart Install” feature, which has been used by HP to advertise that its printers can automatically download software from the Internet. The plaintiff explained, “On the outside of the boxes of these printers, there is a statement assuring customers that these printers will be easy to install because of the inclusion of the HP Smart Install feature”.
Further, Wolf seeks class action status for the customers who purchased the printers expecting the “HP Smart Install” function. She also seeks damages of more than US$5 million, plus court costs. 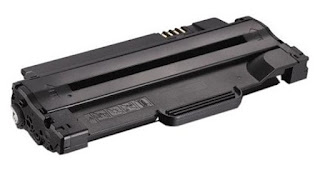 There are some toner powder on OPC and cleaning out the powder,and the cartridges will work.

While recently HP Official has updated firmware again, whose code is LWP1CN1502BR.This might cause
problems like unrecognized chips after printing few pages, though you take cartridge out and re-install again
and again.
Aicon finished the second time updated of the HP 970/971 chips and this model is available now.
Don't hesitate to contact Aicon team for any inquiry.

We would like to inform you that Lexmark has updated its firmware recently.
For machine purchased after 2015, of which the updated firmware is LW40, printer may have unrecognized
problem if using compatible chips.
Any complaints caused by this problem, the only way is to change into updated chips. Aicon's updated chips
will be released from June 23rd.

For machines purchased before 2015, user can use freely with compatible chips.  Any updates, will let you
know as soon as possible.